Billy Crystal’s movie parodies brought a little of it.  Having Snoop Doggy Dogg piloting the airship from “The Mummy” is a perfect example, and fans of Crystal’s hosting have always placed these sucked-into-the-movies bit as the highlight of his broadcasts.  But then the rest of the show would fit into the same routine pattern of light roasting, back patting, often bizarre musical number, and then a sinkhole of political messages and flagrant attempts by the Academy to prove it’s value.

This year was a bit different.  And yet it wasn’t so different that it wrecked everything.  This year’s Oscars was the first truly post-modern show.

You see, in the post-modern era, we can sample from the past and create something new.  We can be self-deprecating and laugh at ourselves without subtracting meaning.  And we can show appreciation for what only a little while ago would have seemed old fashioned and out of style.

Think about it, so much of what happened last night would have been deemed inappropriate just a few years ago.  (Actually, critics from publications such as The New Yorker and LA Times seemed to be a bit behind the times and found everything immature and in violation of the sanctimonious proceedings.)

I understand that not everyone is going to be in favor of this type of show, and there’s a really simple way to find out if you’re one of those people.  Imagine that an Oscar host has a conversation with Captain Kirk via a giant screen on stage, and he’s told that he ruined the show by singing an immature, horrible song.  Now, imagine that they cut to that song, which is a song and dance number listing actresses and the most famous films in which you can see their breasts.  The tuxedo and top hate routine, called “I Saw Your Boobs,” which included a rousing chorus from the Los Angeles Gay Men’s Choir, was pretty much the first thing that happened.

I’m generally not a fan of Seth MacFarlane.  I find his work to be hit-and-miss with an emphasis on the latter, but I’ve always said that his hits are on point.  Last night, MacFarlane’s hard work paid off, and he helped create and execute the best broadcast in recent history.

The thing is, he didn’t just go for laughs.  The key to his success was that he did not pander.  He simply performed, and the show seemed mostly wish fulfillment for him.  His harshest critics have pointed this out, but they underestimate how powerful this was for the audience.  MacFarlane chatted with Shatner, danced with Joseph Gordon-Levitt and Daniel Radcliffe, sang as Channing Tatum and Charlize Theron danced oh-so-beautifully for us, looked like a friggin’ movie star in his tux, made fun of himself and his body of work, even did one of his patent cutaway gags to parody a classic film before introducing one of it’s stars.  He basically did all of the things WE would want to do as a host!  Despite being a part of the industry for so long, he isn’t a part of the hierarchy.  He’s an outsider that brought fresh perspective to eighty five years of history, and he was somehow able to do it with what I felt was the perfect balance of crass and class.

The Oscars have long attempted to appeal to a broader crowd, and it’s always been awkward.  From Alec Baldwin and Steve Martin telling jokes about how old they were while referencing things that the kids are into to Chris Rock wondering aloud if being white was all it took to make Jude Law famous to James Franco doing. . .  Well, whatever the hell he was doing.

While there were so many great moments over the course of the evening, including the James Bond tribute and some very touching acceptance speech moments, to me, the most beautiful moment came during the tribute to musicals.  Catherine Zeta-Jones kicked it all off atop a piano, magically recreating her award-winning role from “Chicago.”  The years seemed to melt away right before our eyes.  Even if the lip-syncing rumors prove credible, the fact remains that she was just as stunning and vibrant as she was eleven years ago.  Jennifer Hudson came out next, stirring up “And I Am Telling You I’m Not Going” from “Dreamgirls.”  She destroyed that song and the audience.  It was a performance that not many people on earth could ever hope to give, and it brought the audience to it’s feet.  And then the cast of “Les Miserables” came out and brought it all home with their nominated tune.  They caused you to lean forward in your seat and bathe in their voices.

That’s the part I liked the most.  You see, after Jennifer Hudson rocked the theater with her powerful pipes, I’m sure Hugh Jackman found the nearest person backstage and asked, “I have to follow that, mate?”  And he did without missing a beat.  He did.  Anne Hathaway did.  So did Helena Bonham-Carter and Sacha Baron Coen.  And so did Amanda Seyfried, Eddie Redmayne, Aaron Tveit, and Samantha Barks (who I think was robbed a nomination alongside Hathaway).  And most importantly to me – so did Russell Crowe.

I actually liked the way Russell Crowe performed his part in that film.  He bellows with authority and a twinge or two of rock and roll.  He emboldens his character and sings like a hunter squinting through a sharpshooter’s iron sights.  But I’m definitely in the minority in my opinion.  Unlike going into the production of the film, Russell Crowe went into this live performance knowing that the critics aren’t fond of the way he sings.  He knew he would be mercilessly scrutinized by them, his peers, and the billion people at home.  And he did it anyway.

“Welcome to the Oscars, and the quest to make Tommy Lee Jones laugh.”
-Seth MacFarlane’s opening line, which succeeded in getting the laughter he desired, which itself got loud applause.

“It’s not your fault, Ben.”
-Seth MacFarlane admitting that the Academy knew it screwed up in snubbing Ben Affleck from the Best Director nominations.  This line is a parody of Affleck’s Oscar winning screenplay “Good Will Hunting.”

“There was a lot of controversy over the multiple uses of the ‘N word’ in the film. I’m told the film was loosely based on Mel Gibson’s voice mail.”
– Seth MacFarlane, about best picture nominee “Django Unchained.”

“She said to me, I really hope I don’t lose to that old lady … Jennifer Lawrence.”
– Seth MacFarlane, about 9-year-old “Beasts” star Quvenzhané Wallis.

“Since we got married 16 years ago, my wife Rebecca has lived with some very strange men.  She’s the versatile one in the family.  She’s been a perfect companion to all of them.”
– Daniel Day-Lewis, during his acceptance speech for Best Actor.

“You have to work harder than you think you possibly can. You can’t hold grudges. It’s hard, but you can’t hold grudges. And it doesn’t matter how knocked down you get in life, because that’s going to happen. All that matters is that you gotta get up.”
– Ben Affleck, during his acceptance speech for Best Picture

ON A VERY SPECIAL EPISODE OF…

You can generally look to the Honorary Oscars to see what the theme of the year’s Oscars will be.  This year, they gave the awards to George Stevens Jr (who founded the AFI), stuntman Hal Needham, and documentary filmmaker D.A Pennebaker.  To me, this signified that the Academy was paying tribute to the importance of film.  Honestly, this is the theme every broadcast should have, and you would think it would always be the main focal point.  It is a breath of fresh air when they can get past trying to prove that movies have meaning and simply celebrate the meaning of film.

It all culminated with Jack Nicholson’s nontraditional introduction of Best Picture.  He commented about how the category was traditionally presented by a single person, and then introduced his co-presenter who would help him via live video directly from the White House.

My initial thought was, “I guess ‘Lincoln’ won after all!”  I mean, the Golden Globes brought out Bill Clinton to give the movie based on the greatest American president it’s due.  Now that we have had an actual black president take the White House and only an idiot stuck in the 1990’s would continue to give that obtuse distinction to Clinton, how amazing to have the first black first lady to honor this great film about the fight for the Thirteenth Amendment?!

Instead, Michelle Obama gave a reasonably impassioned speech about how films do have importance whether they make us cry, laugh, get inspired, or not.  Movies are a part of what makes America great, and these nine nominees are the greatest examples in 2013.  It was just that simple.

They always leave people off the memoriam.  This year, the following people were missing:

WHO GOT OSCAR GOLD? 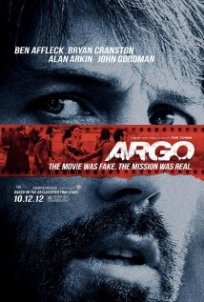 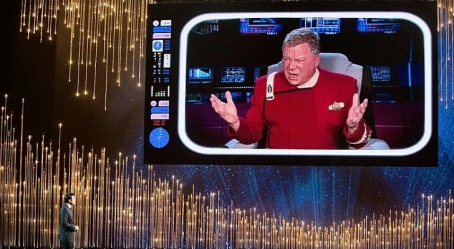