I’m still a fat guy at heart, but my heart can’t survive inside of a fat guy.

Growing Up and Getting Fat

I used to be a skinny mother@#$%er, but I was never in shape. You could see my rib cage when I’d inhale, and on the days when we ran the mile in high school, you could see it a lot as I’d lay on the ground and gasp for air praying for a quick and merciful end. I had one of those metabolisms and could eat anyone under the table at the all-you-can-eat joint of their choosing. I never played a team sport, but I got a lot of training lifting cutlery.

One of my fondest memories as a kid was spending time at Panda, a Chinese buffet that was a part of a hotel in Jacksonville Beach. We went every Sunday after church, but we weren’t zealots. On non-holy days, we’d hit up other smorgasbords.

It was how we celebrated, and when you’re broke and unhappy, you find reasons to celebrate in meager ways. It was our culture. The joke was this: When the grandparents came to town, they’d say, “Hey! Why don’t we go to the mall today? Oh, and we should grab a bite; make a day out of it!” We’d never make it to the mall. More often then not we’d go to Ryan’s and be too stuffed to go much further than that. My Pop was a practical man; he liked that the kids got to fill their own plates for a relatively low price. And my Nana? Well, Nana liked the rolls. Buttery and fluffy and melt in your mouth and. . .

The point is, until I gained my freshman fifteen, I could eat anything I wanted and never had to work off the pounds.

We live in sedimentary times. Most of us don’t work a farm and simply walking around the grocery store isn’t enough to burn off the calories we consume. With so many things to stream, joystick, or scroll, there’s not a lot to prompt us outside. Taking a hike is great for the scenery, but then you have to deal with other people. And have you ridden a bicycle as an adult? I have! My tailbone’s still curled up in a fetal position.

The fact is, you can lose weight without exercise, but if you don’t want to look like a Galapagos turtle when you’re forty-five, you might want to get off your duff and do some kettle bell swings.

Stella and I started working out before we were ready. For almost a year, we hiked every trail and mountain we could in San Diego County. The first few were absolute torture, but eventually we got to the point where we felt comfortable taking on bigger and bigger challenges. You’d be surprised how much your sedimentary life has effected your ability to simply walk long distances, and hunting for a spectacular view around your hometown is a great way to fight back. Just put one foot in front of the other several hundred times.

The problem came about when it got hot. When it gets close to or above a hundred degrees, the last thing you want to do is make a bet whether your camel pack holds enough water to keep you from having to call out from work afterward with heat exhaustion, and since our ritual included bringing along our dog, it was really easy to fall out of the routine for his safety.

I’ve found maintaining any habit that requires effort becomes increasingly difficult during periodic spats with depression, so starting over when things cooled off felt disheartening. Eventually, our weekly hobby became a memory.

I needed to trick my brain with a cheat code.

While I don’t always like myself, there are traits I find appealing. One of those is my habit of supporting the people in my life who pursue dreams. I like to buy their art, read their books, jam to their songs, and watch their movies. I realize a lot of people hate what they perceive as their friend’s successes, but it’s just fun for me.

My good friend Heather Culver (Instagram: @momstrongSD) is a personal trainer, and her passion keeps me motivated to work my butt off in the blazing heat twice a week. It’s a mutually beneficial relationship that has deepened our friendship. I’m helping her make a livelihood; she’s helping me get yoked.

This cheat code works despite my depression. People love to say exercise defeats melancholy, but I’m not one of them. Sure, it works for some, but when I’m red-faced, huffing for breath, and wanting to quit, you might hear me ask, “When do the endorphins kick in?”

I do have another axiom: “Sometimes you have to do what you hate.” And to paraphrase a non-athletic serial killer moments before they pulled the switch on his electric chair, “Just do it.”

Change Your Relationship with Food to “It’s Complicated”

A homeless woman once told me something that stuck to my soul. “They think I live on the streets because I’m an addict,” she said, tamping the ash from her cigarette. “I smoke – and I’m addicted to food, ’cause I have to eat or I’ll die, but. . . that’s all!”

Our relationship with food is complicated. We die with too little and die with too much. It’s fuel. Our engine runs on it, but unlike our cars, we crave the sludgy stuff that clogs our gears. This is where most of us get lost on the weight loss journey. Lucky for me, I stumbled upon experiences that changed the way I navigate.

Get Away from Your Habits

A couple of years ago, Stella and I recklessly threw ourselves into debt by taking a once-in-a-lifetime trip to Europe. The first few days we were there, we collapsed into exhausted heaps, our legs and backs wanting to go home, but our minds knew we’d never get that opportunity again. We pushed ourselves, and by the end, we were lean and walking the city streets and museum floors all day and all night.

The Amsterdam windmill we found on Airbnb fed us breakfast everyday. On the first morning, I looked at the single poached egg, Coruscant, and slice of cheese and assured Stella we’d get waffles once we got into town. She suggested we not do that and try – at least – to make it on what we were fed. To my surprise, you don’t need more than that to live! 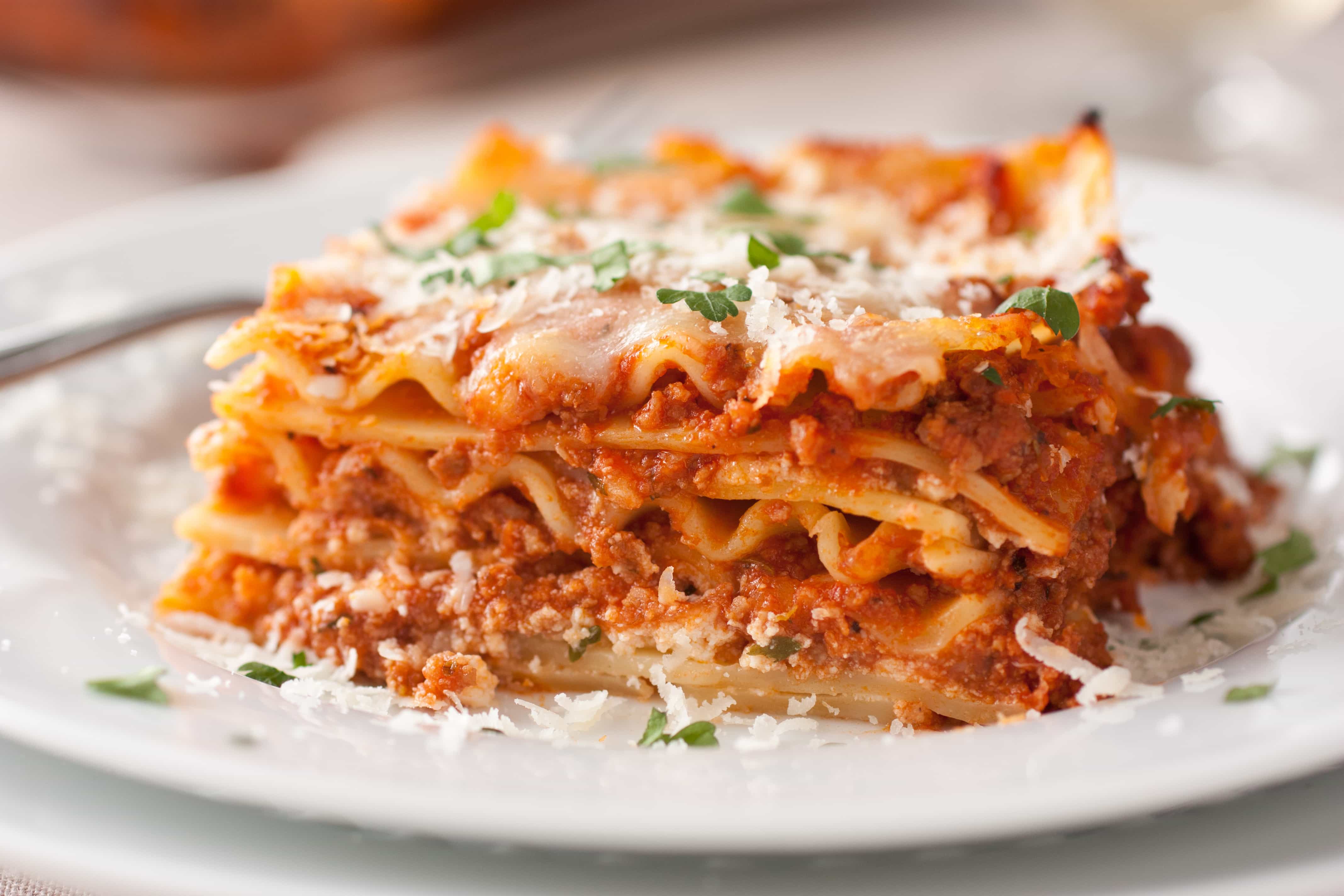 I’d always dreamt of learning to cook in Italy, but I wasn’t new to cooking Italian food. Lasagna has always been my favorite dish, so naturally, it was the first thing I learned to make. I’d use curated sausage, sundried tomatoes, a plethora of exotic cheeses, and on one special birthday, expensive Kobe beef from Japan. My philosophy was simple, the best recipes were packed with lots of incredible ingredients.

In Florence, I wasn’t merely taught to make pasta from scratch. I learned the best dishes are often stripped back to the basics. In America, you find out how many toppings the parlor will let you put on your pizza, but when in Rome and doing as the Romans do, your mouth will water for a pie that’s just crust, sauce, cheese, basil, and olive oil. American tourists go over there to order the meatiest and sauciest thing on the menu, but the locals are content with a simple chickpea soup.

Gandhi said, “Eat to live; don’t live to eat.” Most of us have never seen anyone actually exhibit this behavior, and if we did, we probably resented it. Like, we get it! Just eat a sandwich already. 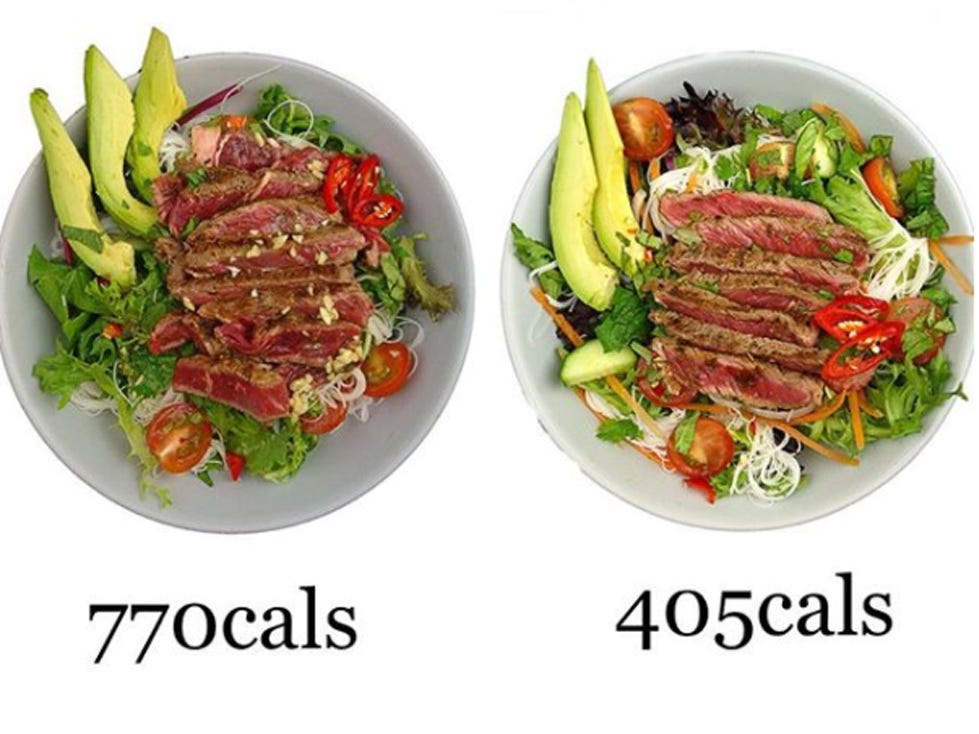 There are a million apps that will do it for me, but I still don’t count calories. It takes effort. It takes time, and despite good intentions, I can’t find those things. Instead, what I do is look at the package, scoff at the calories, and put it back on the shelf. We live in a world where corn syrup and salt are added to processed foods so we can’t taste the evil corporation that made it. We have to think outside of the McDonald’s Happy Meal box.

Coke Zero might be fat free, but it still has chemicals that’ll kill me. I’ve found energy drinks without calories, but I’m still hooked on caffeine, gradually increasing my habit. I’m finding substitutions, but I realize that’s not the endgame. This method’s not perfect, but then again, neither’s a nicotine patch.

Here’s the secret: when you stop eating dessert, on those rare occasions where you reward yourself with donuts or Twinkies or whatever you crave, you’ll straight up get the runs. I think it’s your body’s way of keeping you on track, but you can’t settle there either. Dysentery is just one stop on the Oregon Trail of healthy eating.

Celebrate When You Lose

This is not a before and after picture. This is a progress report. I’m still obese. I still have a long way to go. Still, I’m appreciative of the gains – er, loses – I’ve made. Over thirty pounds and twenty inches so far. This current journey has lasted about a year, and I’m hoping the habits I’m developing will last the rest of my life. I’m still a fat guy at heart, but my heart can’t survive inside of a fat guy. I can’t continue to allow coping mechanisms to destroy my body.

It’s important you celebrate, but I’m going to tell you something that might be controversial in 2020. You don’t deserve a party. You don’t deserve to get black out drunk. You don’t deserve cake. That’s how you got here. If you wanted sustainable improvement, you have to kick your bad habits. Your celebrations can’t be driven by an American appetite. You have to make plans to go to the mall and actually get there.